“Beloved, let the fact of what our Lord suffered for you grip you, and you will never again be the same.” 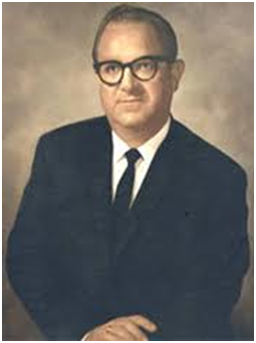 With over 200 000 confessions of faith recorded in Oliver’s ministry, God truly used this man of faith to ignite the spirits of many Americans all over the country. Calling him a so called periodical son would not be far from the truth. He has referred to himself many a times as one who went from “Disgrace to Grace”, as in the title of one of his bestselling books. Coming from a loving back ground filled with bad choices, Oliver B Greene could convey his expirence to an audience that was looking for a sense of solace amidst there chaos. His unusual message of grace was well received by those were looking for just a moral standard with in the body of Christ. He understood the not by works truth in a time when so many people watered down the faith to just a morality statute.

“But Christianity is NOT just clean living, liberal giving, good morals, or kindness toward our fellow man. It is much, much more than these. Salvation amounts to a great deal more than living a good life and doing good to others.”

With over 100 books about the bible and faith, and 35 years of service, tent meetings, and spiritual empowerment, we honor Oliver B Greene as one of Gods Great generals. 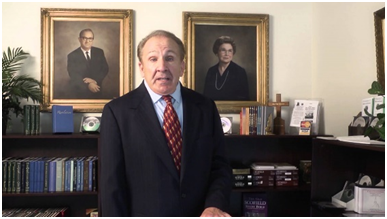 History:   Oliver Boyce Greene was born in Greeneville South Carolina on Valentine’s Day in 1915. Oliver was birthed unto Julius D Green, a store owner and newspaper deliver, and his mother, Agnes Sarah James Green was a house wife. Oliver was the second oldest child in a family of four. Oliver was defiantly a self-professed “black sheep” of the family. Oliver's youthful life was that of a wastrel, living in wanton wickedness. Drinking, stealing, bootlegging, immorality-he was a veteran of all those vices in the flesh. Oliver started stealing cigarettes and tobacco from his father’s store at the age of 5, as well as smoking those Cigarettes at 5. He continued to smoke until the age of 20. At the age of 9, Oliver took his first drink of Liquor, and by 13 he was getting drunk on a regular basses. To make matters worse he started hauling and dispersing liquor with a seasoned bootlegger from his town. At 13 an a half, Oliver’s father was ready to put him in a reformatory, but his sister begged him not to. Oliver recalls his sister many a year’s sitting at his bed side praying for him and his salvation, while he sat there smoking and cussing her out because of it.

One night, after one of Oliver’s fights with his parents, Oliver’s father took him out in the car on a lonely road in the middle of nowhere. Oliver’s father broke down weeping and whaling, informing Oliver that he was breaking He and his mother’s heart. He told Oliver that if he did not change that he and his wife would have no choice but to send him off to the Reform School. So Oliver started going to the local church, more or less as a con to get his parents off his back for his bad choices. As time went on Oliver said stated he got meaner and meaner, despite the fact he was attending the local church.

The night Oliver was converted, he had a plan that was supposed to ditch church and go to a swimming party with his girlfriend at the time. His father told him that if he did not take his sister to church as well he could not use the automobile to go out period. Oliver pinched a cussing fit, to the point where his father threatened to beat him for cussing in front of his sister. With his back against the wall, Oliver made the decision to take his sister and his girlfriend to church. When he arrived, the hall was packed out over the brim to the point he had to stand in the door way. They were having a revival meeting that evening that he had forgotten about. As his sister and girlfriend made their way pushing through the crowds, Oliver remained at the door due to the fact that the following Sunday he had come under heavy conviction. It turned out that night the preacher was speaking on Romans 6:23: “For the wages of sin is death”. 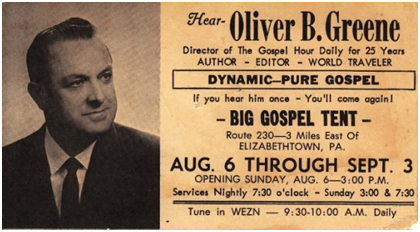 Oliver said that night, that preacher preached him as close to hell as anyone could get without being there. He stated he was so close he could almost smell the flames. Oliver stood there in the door way trembling, knowing full well he was going to hell, and knowing he was lost. When the preacher gave the alter call at the end Oliver went down, but did not stay. The preacher grabbed his hand and begged him to stay but he said no. After the service, Oliver’s sister stayed around socializing, while he went back to the car and listen to the radio. After 20 minutes, Oliver’s sister and girlfriend were the last ones to come out, but Oliver went back in. Those 20 minutes in the car by himself were one of the most uncomfortable time of his life as he recalls. When Oliver went back inside, there was not a sole in the church and the preacher was closing up shop. Oliver went up to him and told him he was lost. The preacher new Oliver and his family by name shockingly, and quoted John 3:16. Oliver told him he believed it and knew it all along, but the preacher told him he had head knowledge. He said thousands of people sitting in the pews in church have that head knowledge, but head knowledge will not save you. Right then and there the preacher started to teach Oliver the difference between head knowledge and an awaking of the spirit. That night God did a miracle in his heart, and he silently accepted and trusted the Lord with the preacher. As he got in his car to go home he wept all the way there, and without talking to his family he went and knelt down at his window and told God he did not know what to say but he thanked him for saving him from hell. From that day he never doubted the miracle that had taken place in him. He knew if he had not been saved that night he would have gone to the penitentiary and eventually lost his soul in hell.

A few nights later he went back to the revival at the same church, and went into the prayer room. The minister was reading Romans 9 and 10, which gave him the full assurance he was saved. He even put his own name in the verse to make it sound like the word was speaking directly to him. Oliver’s reformation was complete and at the age of 20 in 1935, Oliver’s life had just begun.

Ministry and Impact:   Within five months of Oliver’s rebirth, he felt a strong pull on his heart to preach himself. To prepare for this, he attended North Greenville Baptist College but was expelled in his second year because of his reluctance to cooperate with the denominational program. In 1939, the 24-year-old bought a tent and began preaching as an evangelist. Oliver was so on fire to dispense Gods word at will that in the early 1940's went wherever he was invited and wherever he could to preach. His passion and love for Jesus started to catch on and this eventually led to his standard practice of holding revivals in churches and arenas during the winter and holding tent campaigns in the summer. His tents were quite impressive, the largest one being 300 feet long and 150 feet wide. People would jam, pack in side to hear the spirit of the gospel minister to them.

By 1956 Oliver B. Greene founded the Gospel Hour, Inc. This was a Christian outreach using radio, personal appearances, books and audio tapes. The radio program, which began on one station in Georgia, spread through syndication until it reached across the nation. At one time the program was heard on more than 150 stations. The program is currently heard on more than eighty stations in America; on Caribbean Radio Lighthouse, which carries the program throughout the Caribbean area; and worldwide by way of the internet. 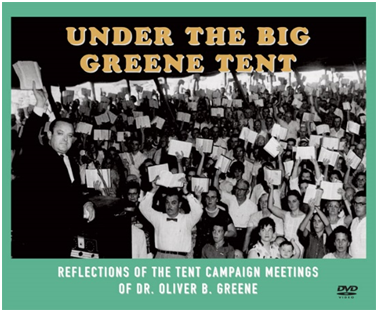 By the time his ministry was in full effect, Oliver had become a triple threat. First he started to travel extensively overseas, visiting and raising money for missionaries in many different countries. Next he started spreading the gospel through public speaking, the written word and the medium of radio. By the end of his 35 year ministry he had written over 100 books and other publications as well as achieved over 200 000 registered professions of faith to the Lord Jesus Christ. Perhaps his single greatest campaign was in Rocky Mount, North Carolina, where 7,000 professions of faith were registered. He held his last tent revival in Bel Air, Maryland (this tent was 100 feet by 300 feet). His radio program had reached over a 180 stations from coast to coast, and even in the Carrabin.

His personal ministry ended suddenly on July 26, 1976 when he died of an aneurism in the heart. However, through the prayers and donations of many friends the ministry has continued and reaches thousands daily throughout the world. Oliver B Greene will never be forgotten, though "being dead, yet speaketh," not only by radio but by his writings. His books, pamphlets, tracts, totaling above 100 titles, are still mailed out by the thousands. Aye, DISGRACE TO GRACE, a fitting appraisal as well as a fitting epitaph for a great man of the Gospel and the greatly used messenger of the Gospel Hour-Oliver B. Greene.

Family Life:    Oliver B Green married Aileen Collins on September 19, 1939, and they had three sons, The first son but lived only two days, and the other two suffered from birth defects, including a son with one arm. Regardless, Thomas Wesley, 44, and David Boyce, 40, are still living and serving the Lord. Even after Oliver’s death, his son, Dr. David B. Greene, along with Dr. Greene's widow and his other son Tom, continued the ministry. David has been involved with the Gospel Hour since childhood, always travelling with his dad in meetings and helping at the Gospel Hour headquarters. He brings to the ministry a scientific and mathematics background, as well as a degree in law. David is a practicing attorney in Greenville and has a successful practice.