“The believer is as much an incarnation of God as Jesus Christ ... If we ever wake up and realize who we are, we'll start doing the work that we're supposed to do. Because the church hasn't realized yet that they are Christ. That's who they are. They are Christ.” 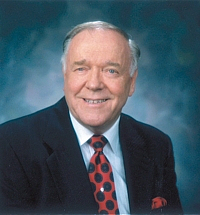 Known to many in the body of Christ, Kenneth E Hagin was renowned by his title of the father or grandfather of faith. He live out his faith in outstanding fashion, along with massive crowds following behind him, learning the ways of truth. With Holy Spirit revelation on who we are, rather than what we claim to be, Kenneth Hagin was one of America’s most influential leaders with in the Christian church. Through his battles with health as a young child, to his victories of overcoming incredible odds including death by one Jesus Christ, brother Hagin proved by faith over and over again the power of Gods promises in his life. It is with this standard we call him one of Gods generals. 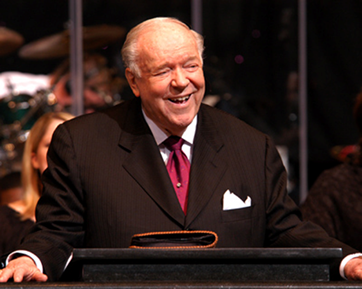 History:   Kenneth E. Hagin was born in McKinney, Texas, the son of Lillie Viola Drake Hagin and Jess Hagin. Brother Hagin was sickly as a child, suffering from a deformed heart and what was believed to be an incurable blood disease. He was not expected to live and became bedridden at age 15. In April 1933 during a dramatic conversion experience, he reported dying three times in 10 minutes, each time seeing the horrors of hell and then returning to life. In August 1934, Rev. Hagin was miraculously healed, raised off his deathbed by the power of God and the revelation of faith in God’s Word. In his early childhood years Hagin was raised as a Southern Baptist, and therefore he thought the Lord Jesus Christ and all of His disciples were Southern Baptist. It came as a real shock k to him when he found out that they weren't. One particular day as a child, Brother Hagin decided read the teachings of the Apostil Paul. Upon reading he decided that Paul couldn't have been Baptist, because he said, "I thank my God I speak with tongues" (I Corinthians 14:18). Kenneth had stated that he had never heard of any Baptist say that! Being born and raised as a Southern Baptist he was inadvertently taught to feel sorry for everybody who wasn't Baptist. At 9 years of age Kenneth joined his parent’s church. He stated the reason he joined was because his Sunday school teacher said to all of us boys,

“How many of you want to go to Heaven?' Well, every one of us wanted to go to Heaven. So the Sunday school teacher said, 'When the pastor gives the invitation this morning, you just go down to the front.”

Since they all wanted to go to Heaven, when the invitation was given, Kenneth and several of his peers marched right down to the front and shook hands with the preacher. We joined the church and were baptized in water. After this expirence Kenneth was quoted as saying “I really, actually, thought I was a Christian.” However later, when he was in an evangelistic-type service he said “The Holy Spirit began to deal with me about being saved. I said say to myself, "I'm already saved. I belong to the church. I've been baptized in water. I'm already a Christian". It was during his near death expirence at 15, for which he found out what true faith in Christ was about; and thus would guide him for the plan of ministry God had designed him for.

Ministry and Impact:    Kenneth Hagin’s ministry really started 2 years after he almost died. At the age of 19 he preached his first sermon as the pastor of a small community church in Roland, Texas. For the next 12 years he would pastor 5 Assemblies of God churches in Texas as well. By 1949 Hagin began an itinerant ministry as a Bible teacher and evangelist. According to Hagin Jesus appeared to him eight times over the next several years in visions that changed the course of his ministry. In the 1940’s and 1950’s Hagin was a part of the Voice of Healing Revival in the U.S, together with Oral Roberts, Gordon Lindsay and T. L. Osborn. In 1951 Hagin was given full admission to the Full Gospel Business Men's Fellowship International (also known as the FGBMFI) which had been established that same year. By 1963 Kenneth E. Hagin Evangelistic Association was incorporated, and by 1966 the offices of the ministry moved to Tulsa, Oklahoma. By this time the lord was really opening doors for Kenneth and his ministry. The same year he was moved to Oklahoma, he began a regular radio broadcast that still continues to impact this culture today. 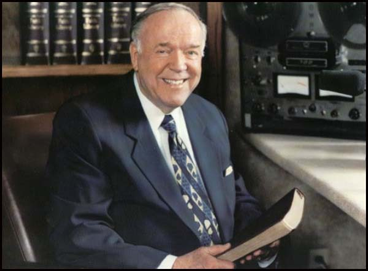 Since Kenneth’s ministry inception in 1963 his organization grew to include numerous and impressive media outreaches and ministries. These out lets included: Faith Library Publications – with 65 million book copies in circulation. "RHEMA Praise" – a weekly television program on the Trinity Broadcasting Network, "Faith Seminar of the Air" – a radio program heard on many stations nationwide and on the Internet, "The Word of Faith" – a free monthly magazine with roughly 600,000 subscribers, crusades conducted throughout the nation, RHEMA Correspondence Bible School, and the RHEMA Prayer and Healing Center, located on the Rhema campus in Broken Arrow, Oklahoma.

One of Kenneth’s biggest accomplishments occurred in 1974 with the establishing of RHEMA Bible Training College in Tulsa Oklahoma. It was first announced in 1973 at a Campmeeting, by the influence and vision of the Holy Spirit that they would open up a Bible School, and his son Kenneth W Haggin would put together the curriculum for the new school. At Campmeeting 1974, Kenneth E. Hagin announced that the school would open in the fall. But the ministry did not have enough money to start the program. Brother Hagin told the Lord, "This is Your school, not mine. You finance it, because I can't. Now, I'm not going to worry a bit about it. You take care of it." After his profession, thousands of dollars in offerings came in that year at Campmeeting, providing the funds to begin the school. In the fall of 1974, 73 students enrolled. Of those, 58 graduated in May 1975. Since then over 26,000 have graduated from RBTC USA, and nearly 60,000 have graduated worldwide. And the number keeps growing! Today RBTC has campuses all over the world with campuses in Austria, Brazil, Colombia, Germany, India, Indonesia, Italy, Mexico, Peru, Romania, Singapore, South Africa, the South Pacific, Thailand, Nigeria, Zambia, Egypt, and the Philippines.

Because the Lord spoke to Kenneth E. Hagin and told him, "Go teach My people faith. I have taught you faith through My Word, and I have permitted you to go through certain experiences. You have learned faith both through My Word and by experience. Now go teach my people what I have taught you." As Brother Hagin traveled in ministry, many times he would cry out to God on his bed at night, "How can I get this message out to your people?" It began to dawn on him that he would have to train men and women who were just as passionate about God's Word as he was to take this message of faith around the world. This is the unmeasurable legacy of faith Brother Kenneth Hagin left behind, and for this we honor him as one of God generals.

Family Life:   Kenneth’s wife was Oretha Hagin. She was born on November 2, 1918, in rural Collin County, Texas, the daughter of Elbert Harvey Rooker and Savannah Elizabeth McCormick Rooker. She grew up on the family farm and was well-loved by her doting father.

On November 25, 1938, Kenneth and Oretha married. Soon afterward, Kenneth and Oretha moved to Farmersville, Texas, where their first child, Kenneth W., was born in September 1939. The Hagins’ second child, their daughter Pat, followed soon afterward in March 1941. Kenneth E Hagin died August 30, 2003, however to this day his children still by Gods favor press forward in the ministry their Father left behind. 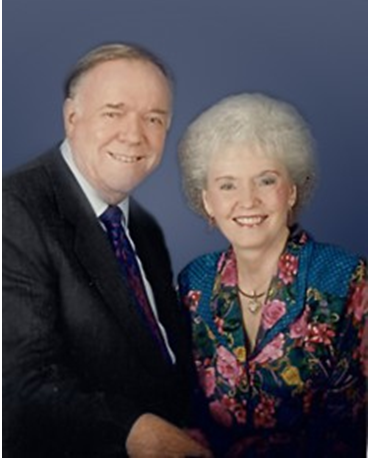