“Never base your faith on what you feelings. Base it on God’s word.” 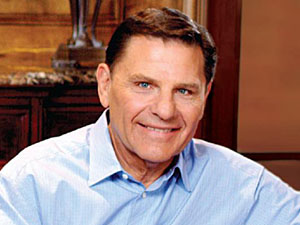 Kenneth Max Copeland is another one of this generations greatest examples of faith in today’s body of Christ. Known to some as being a leader in the charismatic movement of the Gospel, Kenneth Copeland is a true teacher, doer, and believer of the word of God bar none, without a title being applied. He is also known for being an American author, musician, public speaker, and televangelist. While Copeland has been strongly identified with preaching the truth of a prosperity and abundance message, over the last 45 years, his Tarrant County, Texas-based Kenneth Copeland Ministries (KCM) has not only proved what the truth of Gods abundance, his ministry live it every day. The ministry is also very strong in advocating daily application of the Word of God. KCM is a teaching ministry that specializes in biblical teaching that focuses on faith, love, healing, prosperity and restoration through diverse media, such as television, books, CD and DVD. KCM's motto is Jesus is Lord based upon Romans 10:9. Kenneth and his ministry have spurred millions of believers over the decades to search Jesus in their faith and live the word of God in truth as the Holy Spirit has taught him. Because of his faith, devotion, and excellence of demonstration to Jesus and his word, we honor Kenneth Max Copeland and one of God’s great generals. 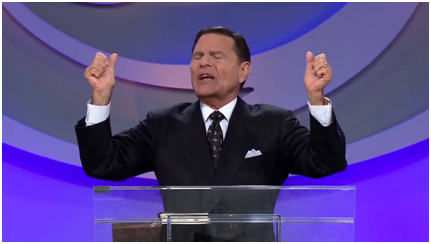 History:  Kenneth Max Copeland was born on December 6, 1936, in Lubbock, Texas, and raised in West Texas near a United States Army Air Forces airfield, which inspired him to become a pilot. Being of partial native decent, his parents were A.W. and Vinita Pearl (née Owens) Copeland, who stayed married, until his mother's death in 1988. Kenneth loved music as a kid, both playing and singing. In 1957 at 20 years of age, Copeland was a recording artist on the Imperial Records label. As time progressed Copeland ended up with a hit record, Pledge of Love, at #14 on the national charts for 15 weeks, and #1 on the local charts Kenneth looked to be on his way to a successful singing career appearing on American Bandstand and featured next to Ricky Nelson in Dig Magazine. Life however took a turn for the worse, as Kenneth went through a season of hardships, such as two failed marriages, going to jail for short periods of time and not being able to spend with his first born daughter Terri Lin. After being thrown against the brick wall of life a few times, God finally got a hold of Kenneth’s heart in November of 1962. Following his spiritual salvation to the lord, Copeland turned the rest of his life over to the gospel and ministry work. In the 1960s, he was a pilot and chauffeur for Oral Roberts for which he became quite close to over the years. During his time with Oral Roberts, Kenneth attended all the tent meetings and crusades. It was during this time that he was learning exponentially through on-the-job training. Just a few months after Kenneth worked for Oral, God called him to start his own ministry. In May 1967, Kenneth Copeland was walking along the bed of the Arkansas River in Tulsa, Oklahoma, when the Lord dropped the vision of the ministry into his heart: to preach the gospel to the nations—a call that would include using every available voice to preach the uncompromised message of faith to meet the needs of people worldwide. It all started though with simple steps of obedience and faith, walking in love and the integrity of God's Word, and on September 7, 1967, Kenneth Copeland Ministries was birthed.

In the fall of 1967, when Copeland was thirty years old, he enrolled in Oral Roberts University in Tulsa, Oklahoma. Later he studied under Kenneth E. Hagin, founder of RHEMA Bible Training Center and RHEMA Bible Church in Broken Arrow, Oklahoma. 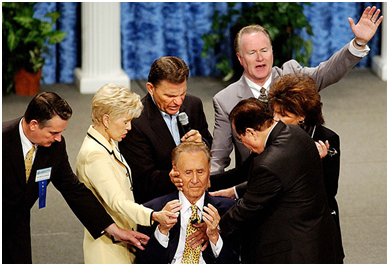 Ministry and Impact:   Fowling his education Kenneth and his Wife Gloria immediately went to work for God. Like a lot of other ministries that start out humble, theirs was no different. At that time, they lived in a rented apartment with a rollaway bed, coffeepot they cooked in and kept their food on the porch to keep it cold. Things were not abundant but as Gloria sat reading a Bible given to Kenneth from his mother one day she prayed, "God, take my life and do something with it." Their faith paid off, and by 1973 the first Believers Voice of Victory newsletter was printed and sent to locations all over North America. In 1975 he felt the Lord impressing upon him to preach "the uncompromised word of faith." This kicked off another key phase of his multitalented ministry—televangelism. Though he had initially thought 10 stations would be a sufficient starting place, within the first year he was broadcasting on 30 stations, and within the second year his broadcasts had ballooned to 260 stations. By 1976, KCM became international and a Canadian facility was established within the great with north. 2 years later God would move in the ministry again and in 1978 in Anaheim, California the first believer’s convention took place. The following year in 1979 it was impressed upon Gloria’s heart to teach Healing service, and at the next convention Gloria’s Healing School was born. 1979 was also the year God allowed for Kenneth to weekly television broadcasts on a weekly bases, as well as a new KCM establishment in Australia. 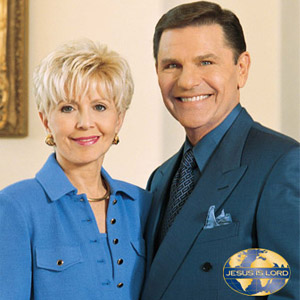 As God’s anointing perpetuated the ministry further, August 23 – 28 1981 was the first world renowned Southwest Believers’ Voice Convention. This historic event which was held at the Tarrant County Convention center featured great names such as TL Osbourne, Norval Hayes, John Olsten, Jerry Sevelle, Charles Capps, and Hillton Sutton. That Following August in 1982 for which the whole year would be fairly impactful for the ministry Kenneth’s convention would hold the first ever mass worldwide communion live via Satellite. With unmeasurable numbers of people taking part, it was one of the most successful media outreaches to take place in its time. That same year KCM would develop 2 more ministry sights, one in Europe and the other in Africa.

By 1986 KCM would find its home in Eagle Mountain, making the property the headquarters of their worldwide ministry. After finding their home and settling on the property, God increased them more. By 1989 they were doing daily television programs worldwide and the ministry partnership along with testimonials of victory in Christ was growing exponentially. Within 8 years of doing a daily TV program Eagle Mountain grew to the point that in 1997 they broke ground for their own church for which public services could be held live on a weekly bases.

As far as their television ministry goes, KCM reaches 189 countries across the globe. Beyond his influential televangelism programs, Copeland's in-person healing ministries filled arenas across the planet. Copeland has touched countless people both through healing works and moving sermons. And with the astounding reach of KCM's media programs, Copeland's powerful message continues to have a truly global impact.

Family Life:    Despite the fact Kenneth had been married twice prior, God allowed Kenneth to meet his eve in Gloria and the two have been inseparable ever since. They met very young, Kenneth was 25 and Gloria was 20. It is said that when he met Gloria and asked her to marry him on their first date, she said yes. Since April 13, 1962, Kenneth has been married to Gloria. Kenneth has 4 Children, a girl from his first marriage, and 3 children with Gloria. His children are John Copeland, Kellie Copeland Swisher and Terri Pearsons. Gloria and all three of the Copeland children, work for KCM. John is the ministry's chief operating officer. Kellie preaches at various meetings throughout the US, as does Terri, who also preaches at Eagle Mountain International Church, pastored by her husband, George Pearsons. 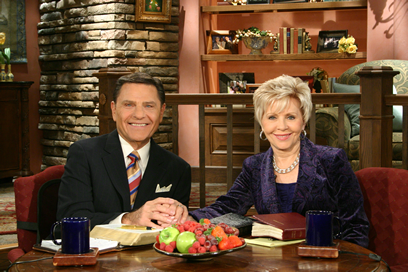