“I surrendered unto Him all there was of me; everything! Then for the first time I realized what it meant to have real power.” 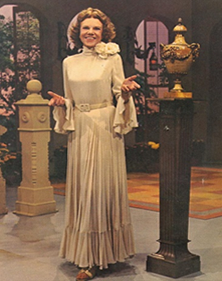 In a time where society was suspicious of Pentecostals and ministers alike, let alone a woman, Kathryn Kuhlman shook twentieth-century Christianity back to its roots. Believers of all persuasions—Catholic, Baptist, Methodist, Presbyterian, Episcopal, or whatever denomination they may be, flocked to her meetings to be healed or filled with the Holy Spirit as they had read about in the book of Acts. Though she called herself “an ordinary person,” the effects of her ministry were anything but ordinary. Kathryn was one of a handful of ministers after World War II who prophetically reintroduced the Holy Spirit and His gifts to the body of Christ on the earth in what has proven the greatest revival of all time: the Charismatic Renewal. With a passion for Jesus, and a supernatural love towards him, Kathryn Kuhlman stand out as one of Gods greatest generals. 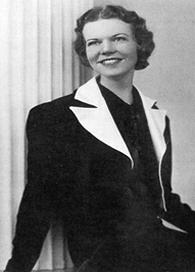 History: Kathryn Kuhlman was born May 9, 1907 in Concordia Missouri. Her parents Joseph Kuhlman and Emma Walknehorst Kuhlman were German immigrants, who became farmers in Missouri. By the time Kathryn was 2 years of age, her father sold his 160 acre farm and bought a big house in the city, that’s were Kathryn called home. As a child, Kathryn was noted as a self-reliant, independent, and always wanting to do things her way. Because of her way as a child, her mother was very harsh with her, never really giving her praise or affection. Her Father on the other hand had such a love for his daughter, that 30 years after his death, Kathryn would well up in tears and remember the love that was shown to her through her father. Kathryn’s father was everything to her, she continually gave him credit, especially when it came to business. All her business skills came by watching and being taught by her father.

Kathryn’s salvation in The Lord was a glorious one. One Sunday when Kathryn was fourteen, she attended church with her mother. As she stood singing, she began to shake all over and sob. A weight of conviction came over her, and she realized that she was a sinner in need of salvation and forgiveness. She slipped out from where she was standing, went to the corner of the front pew and sat weeping. At that moment Jesus lifted the weight from her shoulders and entered her heart. At that point she began sobbing even harder because the overwhelming love of Jesus washed over her in a feeling she had never had before. When she went home and told her father, her father said without emotion “I’m glad”. It was tough for her because, she shared everything with him and he in turn did not share in the same joy as what she had received.

As Kathryn began to grow in her relationship with the Lord, she stated on many occasions that “Going to church was just as important as going to work.” She started out, and even receive Christ in her mother’s Methodist, but shortly after, her family started going to her Father’s Baptist church. This was a big deal because her mother was considered a great teacher for the Epworth league of young people, a pretty distinguished position in her mother’s church. People did not understand why young Kulhman desired something more. 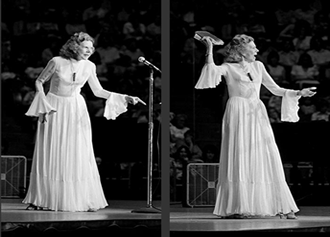 In 1924 when Kathryn was about seventeen, she and her older sister Myrtle persuaded their parents that it was God’s will for Kathryn to travel with Myrtle and her husband Everett in their evangelistic tent ministry. Then in 1928, after a meeting in Boise, Idaho, Everett decided to go on to South Dakota, while the women stayed behind and continued to minister there. The offerings collected, however, were not enough to support them and Myrtle soon decided to rejoin her husband. After this happened, a local Boise pastor offered Kathryn a chance to preach at an old pool hall that had been converted into a mission and Kathryn’s ministry began.

In that pool hall Kathryn really learned to get her base for teaching, but shortly after the lord would move her. From the “pool hall” mission, she went on to minister in Pocatello and Twin Falls and eventually ended up in Denver, Colorado. It was there that she founded the Denver Revival Tabernacle in 1935. Kathryn invited her mother to one of her meetings. After the close of the first service, Kathryn went into the prayer room behind the pulpit to pray for those who answered the invitation to receive salvation. Later her mother walked into the prayer room saying, she wanted to know Jesus as Kathryn new him. Kathryn, choked with tears reached out and laid hands on the back of her mother’s head. The moment her fingers touched her mom, the power of the Holy Ghost grabbed hold and she began to shake and cry. As her mom lifted her tear stained face slowly, her mother began to speak in the power of tongues. After this experience her mother reached out to Kathryn for the first and held her tightly. In 1935 her mom received salvation and the power of tongues in one day. The power of God was truly with Kathryn at this time.

That same year, Kathryn met Burroughs Waltrip, an extremely handsome Texas evangelist who was eight years her senior. Despite the fact that he was married with two small boys, they soon found themselves attracted to each other. Shortly after his visit to Denver, Waltrip divorced his wife, left his family and moved to Mason City, Iowa, where he began a revival center called Radio Chapel. Kathryn and her friend and pianist Helen Gulliford came into town to help him raise funds for his ministry. It was shortly after their arrival that the romance between Burroughs and Kathryn became publicly known.

Burroughs and Kathryn decided to wed. While discussing the matter with some friends, Kathryn had said that she could not “find the will of God in the matter.” These and other friends encouraged her not to go through with the marriage, but Kathryn justified it to herself and others by believing that Waltrip’s wife had left him, not the other way around. On October 18th, 1938, Kathryn secretly married “Mister,” as she liked to call Waltrip, in Mason City. The wedding did not give her new peace about their union, however. After they checked into their hotel that night, Kathryn left and drove over to the hotel where Helen was staying with another friend. She sat with them weeping and admitted that the marriage was a mistake. She decided to get an annulment.

The three women left Iowa for Denver in hopes of explaining what had happened to the congregation of Denver Revival Tabernacle. The congregation, however, was so furious with her for the secrecy of the marriage that they drove Kathryn “back into Waltrip’s arms.”

In a moment’s time, the ministry that Kathryn had so diligently built was completely undone. People stopped attending her services. Her ministry was dissolved. Kathryn sold her portion of the Tabernacle. She’d lost everything. Her relationship with the Lord had suffered because she had put a man before her God. But from the moment she made the decision to divorce Waltrip and to surrender herself fully to the Lord, she never wavered again in answering the call that God had placed on her life so many years before.

After Kathryn spent some time preaching in a mining community in Franklin, Pennsylvania, her ministry began to reshape. She traveled throughout the Midwest and the south into West Virginia and the Carolinas. In some places she was quickly accepted. In others, her past resurfaced and the meetings were closed. After an unsuccessful tour of the South, Kathryn was invited to hold a series of meetings in the fifteen hundred seat-auditorium of Gospel Tabernacle back in Franklin. It was there that Kathryn’s ministry was revived and the ills of the past eight years seemed to wash away. 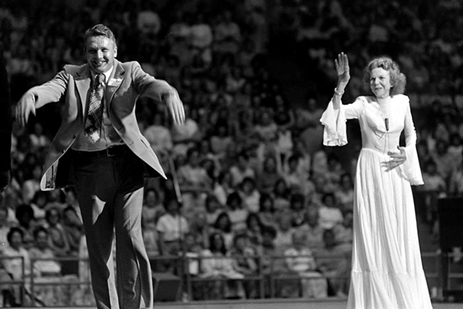 Not long after she opened meetings at the Tabernacle, she began daily radio broadcasts. Responses to the broadcasts were so great she soon added a station in Pittsburg. At this time Kathryn was mainly praying for people to receive salvation, but she was also beginning to lay hands on and pray for people who came asking for healing. Though she despised the term “faith healer,” she attended the meetings of such ministers hoping to find out more about this phenomenon of God. Kathryn took a deeper understanding of the workings of the Holy Spirit from each meeting, though many of the things that she witnessed she found to be “unwise performances” and a misuse of the Holy Spirit. In response, she always exhorted people to focus on Jesus and nothing else.

As Kathryn searched the Scriptures about divine healing, she made a life-changing discovery. She read that healing was provided for the believer at the same time as salvation, and it was at this time that she began to better understand the believer’s relationship with the Holy Spirit. Then one night, a woman stood to give a testimony of healing. At Kathryn’s service the night before, without anyone laying hands on her and without Kathryn being aware of it, this woman had been healed of a tumor. She had even gone to her doctor to confirm her healing. Then that next Sunday, a second miracle occurred. A World War I veteran who had been declared legally blind from an industrial accident had eighty-five percent of his vision restored in the permanently impaired eye and perfect eyesight restored to his other eye.

The crowds at the Tabernacle grew. Auditoriums would fill to capacity hours before she was to speak, and thousands were turned away. Countless miracles took place, most without any touch or prayer by Kathryn. She would simply walk the stage and call out healings as they took place where people sat. Sections of those in wheelchairs would walk. In one service, a five-year-old boy who had been crippled from birth walked onto the stage. In another in Philadelphia she laid hands on a man who had received a pacemaker eight months earlier, and the scar from the operation disappeared. Later x-rays confirmed that the pacemaker had as well!

Great healing services continued and her ministry expanded to the neighboring towns. In 1950, a worldwide ministry began to develop and Kathryn’s messages were heard all over the United States via radio and her television broadcast, I Believe in Miracles. She grew so popular that she made appearances on The Johnny Carson Show and The Dinah Shore Show among several others. For the last ten years of her life, she held monthly services at the Shrine Auditorium in Los Angeles, where she ministered to countless thousands.

Kathryn Kuhlman’s last miracle service was held in that same arena. Three weeks later, Kathryn lay dying in the Hillcrest Medical Center of Tulsa, Oklahoma, after open-heart surgery. Oral and Evelyn Roberts were among the few visitors permitted to see her. As they walked into her room and began to pray for her healing, Kathryn recognized what they were doing and “put her hands out like a barrier and then pointed toward heaven.” Kathryn gave her sister, Myrtle, the same message and on Friday, February 20th, 1976, Kathryn Kuhlman went home to be with Jesus.

Kathryn Kuhlman was truly married to Jesus above all ells. Though in a marriage for 6 years, she knew it was a mistake and longed to have Jesus as the main love of her life, and she did just that. Although never having any biological children, Kathryn had thousands of spiritual children through her service and devotion to the Lord. Jesus was her life and the body of Christ was her family. 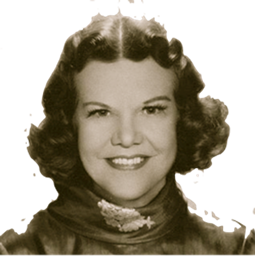