“When I hear Christians say, ‘I don't do this, and I don't do that, and I am following a set of rules,’ I immediately recognize that they know very little about the grace of God. They are trying to live the Christian life in their own strength. But Paul says, ‘Be strong in the grace that is in Christ Jesus.’” 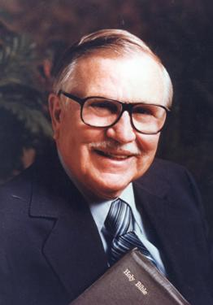 John Vernon McGee defied the laws of traditional religious rhetoric, and solely spoke the truth of God’s word through the spirit. Although starting out in the confines of religion, progressive study of the word of God, freed him and those who followed him from the chines and footholds of the religious traps. In being the founder of "Through The Bible" Radio Network, author of "Doctrine for Difficult Days," several other books, the Lord used John to touch countless lives around the world. At the time of his death his radio program was being broadcast over about 600 stations in the US and Canada and in 35 languages around the world. Because of his strong and everlasting encouragement to the Body of Christ, and a legacy of Holy truth, we with a content heart name John Vernon McGee as one of God’s great generals. 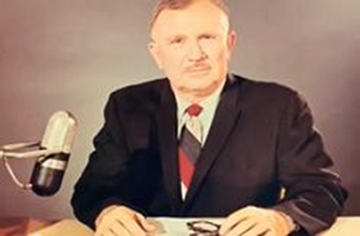 History:  John Vernon McGee was born in Hillsboro, Texas, in 1904, he came into this world not with a whimper but a roar. Dr. McGee remarked, "When I was born and the doctor gave me the customary whack, my mother said that I let out a yell that could be heard on all four borders of Texas!" His Creator well knew that he would need a powerful voice to deliver a powerful message. It was an auspicious beginning for the child who would grow up to become an influential pastor, preacher, teacher, and author.

As a student pastor, Dr. McGee's first church was located on a red clay hill in Midway, Georgia. It was there that he received his greatest compliment: "It was from a country boy wearing high buttoned, yellow shoes. After a morning service he came to speak to me. He groped for words, then blurted out, 'I never knew Jesus was so wonderful!' He started to say more but choked up and hurried out of the church. As I watched him stride across the field, I prayed, 'Oh, God, help me to always preach so that it can be said, I never knew Jesus was so wonderful.'"

After completing his education (earning his A.B. from Southwestern University in Memphis, Tennessee; his B.D. from Columbia Theological Seminary in Decatur, Georgia; his Th.M. and Th.D. from Dallas Theological Seminary in Dallas, Texas.) God answered his prayers as he led him to pastor Presbyterian churches in Decatur, Georgia; Nashville, Tennessee; and Cleburne, Texas. At the time he and his wife felt led to go west where he settled down in Pasadena California. When McGee arrived he accepted a call to the Lincoln Avenue Presbyterian Church. He recalls this period as the happiest in his life, with a young family and a young congregation whom he loved. This was the beginning of Dr. McGee’s great ministry.

Ministry and Impact:         Dr. McGee's greatest pastorate was at the historic, Church of the Open Door in downtown Los Angeles, where he served from 1949 to 1970. There he began a daily radio broadcast called "High Noon Bible Class" on a single station. By 1967 his broadcast became so big McGee had to change up the format. So he began broadcasting the Thru the Bible Radio Network program. In a systematic study of each book of the Bible, McGee took his listeners from Genesis to Revelation in a two and one-half year "Bible bus trip," as he called it. With success of the radio program growing he set up radio headquarters in Pasadena, and the radio ministry expanded rapidly. Today the program airs on over 800 stations each day in the United States and Canada, is heard in more than 100 languages around the world and is broadcast worldwide via the Internet. After retiring from the pastorate in January, 1970, and realizing that two and a half years was not enough time to teach the Bible, McGee completed another study of the entire Bible in a five-year period. Thru the Bible has been translated into over 100 languages and is broadcast on Trans World Radio throughout the world every weekday. 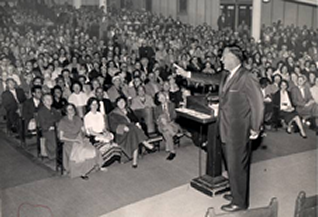 A prolific writer, Dr. McGee authored more than 200 books, including Love, Liberation, and the Law; J. Vernon McGee on Prophecy; and J. Vernon McGee on Comfort: Words of Hope for the Hurting. He is perhaps best known for his 5-volume Thru the Bible series, which is based on his radio program. In a careful chapter-by chapter analysis of Scripture, Dr. McGee focuses on the most significant verses and then discusses their everyday applications, as well as the spiritual, religious, and redemptive truth inherent in them. His simple yet profound insights have made the Bible come alive for millions of readers.

During his last few years, failing health demanded the cancellation of many speaking engagements. This was extremely distressing to him. There was no recurrence of an earlier bout with cancer during this time, only a weakening heart. Back in 1965, after radical surgery, the doctors had given him 6 months to live. The Lord gave him 23 years.

Dr. McGee and the Board of Directors planned in advance how the program would continue in the event of Dr. McGee's home going. The message would remain the same and the "voice" of Thru the Bible Radio would continue to be Dr. McGee, through the use of the taped 5-year program, except for those foreign language broadcasts, where the producers use the printed 5-volume Bible study to translate and produce the program.

On the morning of December 1, 1988, a few minutes after a visit with the then Associate Director of Thru the Bible, alert and in conversation centered around his concern for the continuance of the radio ministry, Dr. McGee fell asleep in his chair and quietly passed into the presence of his Savior.

Dr. J. Vernon McGee was an active participant in this radio ministry for 47 exciting years. When his health began to fail, plans were made in advance to decide how the Bible study program would continue in the event of his home going. The message would remain the same and the "voice" of Thru the Bible Radio would continue to be Dr. McGee, through the use of the taped 5-year program.

After our Savior called Dr. McGee home in December of 1988, the program's reach continued to grow. Today, Thru the Bible is a worldwide ministry airing on over 800 stations in the U.S. and Canada, and heard in more than 100 languages and dialects around the world. Our mission is simple and the same one Dr. McGee himself embraced: To take the whole Word to the whole world. 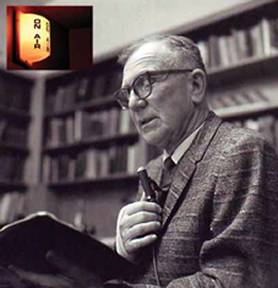 The continued success of this ministry, even after the death of its founder, gives testimony to God's abundant blessings. The work is supported entirely by the fervent prayers and faithful giving of our wonderful listeners, and we plan to keep sending the Word out as long as God allows. Our theme verse is Revelation 3:8–"I know thy works: behold, I have set before thee an open door, and no man can shut it: for thou hast a little strength, and hast kept my word, and hast not denied my name." We pray now more than ever that God will continue to guide us through those open doors until the Lord Jesus comes!

"One day I switched on my radio and, all of a sudden, I heard your program. It moved my heart to believe that God exists…." (From a Hindi listener in India)

God has not put most of us in an exotic, faraway place. Perhaps, like Moses, you don't even feel able to speak about the Bible within your own familiar surroundings. Radio and Internet broadcasting can give you a voice as you tell others about Thru the Bible. It can leap across the sea, over high mountains, into the midst of troubled nations. It can go into the quiet of a house church in China or into the most remote areas of Africa and India where whole villages listen together. We have the privilege of being missionaries together–using the powerful tools of radio and Internet.

To learn more about our founder and Bible teacher, Dr. J. Vernon McGee, and the impact for Christ Thru the Bible Radio has had on the world, take a moment to watch his ministry video.

Family Life:     John Vernon McGee was a husband to Ruth McGee. The two shared a daughter together. 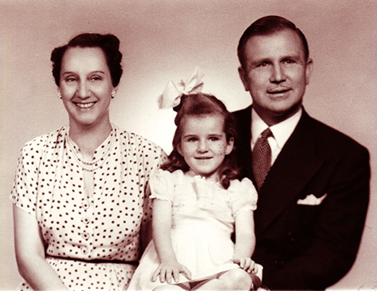