"Get a little fire in your soul. Ask God to start a fire in your heart. Draw a circle, and get in the middle of that circle, and tell God to set it on fire; then go to the pulpit and burn, preach, and shout!" 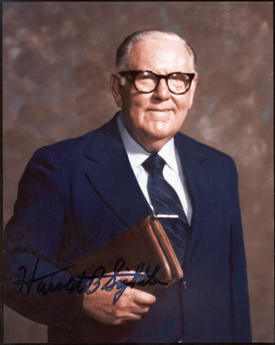 Harold Bennett Sightler had one of the biggest hearts that a pastor or teacher could ever have. He truly was the one who looked after the widow, the orphan, and others less fortunate than himself. Dr. Sightler attempted to spread the love of Jesus where ever he was and in whatever he did. Even during a most heinous and gut wrenching travesties, Dr. Sightler still was able to see though the evil of this world and display the love of Jesus. With one who has such a soft heart for the Savior and compassion, we honor Dr. Harold Bennett Sightler as one of Gods great generals. 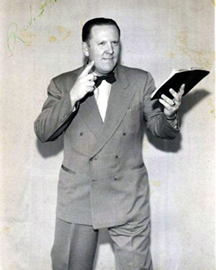 History:  Harold Bennett Sightler was born May 15, 1914 in St. George, South Carolina to Horace and Pauline Sightler. The son of an automobile mechanic, the young family was moved by Packard Motor Car Company from Columbia to Greenville in 1925. Having graduated from Greenville High School in 1932, his desire to go on to college and become a practicing physician was a dream that was out of reach. The family was not poor but medical school money was not available, so Harold Sightler went to work at Thomas and Howard Wholesale where food products were cleared for grocery stores. For more than 10 years, Harold faithfully labored at public work, being an example of honesty, integrity, and devotion to his company and his boss.

After attending East Park Baptist Church for the first time, Harold began to feel impressed about God's call on his life to preach the Gospel, and giving his life to the ministry. In late 1939 and early 1940, Dr. Sightler answered God's call on his life and preached his first sermon at East Park Church on the first Sunday in March, 1940. The next 55 years would be involved in the gospel ministry and would carry Dr. Sightler, not only across America but around the world. As is the case with any young preacher, they are interested in an opportunity to preach and young Harold was no different. He preached on street corners, at prison camps and in a small tent where ever he could. Then January of 1943, a great door opened while he was still working public work and attending Furman University, “The Bright Spot Hour” was born.

In time, he was called to pastor Mauldin Baptist Church and later pastored Pelham Baptist Church, both of which were in Greenville County. During this time, 1943-1947, Dr. Sightler left public work, pastored at Pelham full time (Mauldin and Pelham churches were part time at first) and the” Bright Spot Hour” went on WESC, 660 in Dixie. The radio broadcast really moved into its own during this time. By 1948, the program was heard on about 5 radio stations and after 5 consecutive years, was Greenville's oldest daily gospel broadcast. Many people were brought to a saving knowledge of Christ by hearing the gospel of God's grace and untold others were encouraged and strengthened as they listened day by day.

Ministry and Impact:         By the 1950's he was sought after as an evangelist, preaching revivals almost every week, while still pastoring at Pelham and also the Bright Spot Hour was becoming more sought after by radio station managers to have the program on their station as well. Dr. Sightler expanded the program as much as he could but he had to pay for the radio time, just as we do today. The problem was the money was always tight and Harold would mortgage his own house to borrow the money to pay for the radio time. Many times through the years, Harold would take out personal loans to make the payment for radio time when the money would be slow coming in, but his love for administering the Gospel outweighed the cost of the dangers of losing the house. 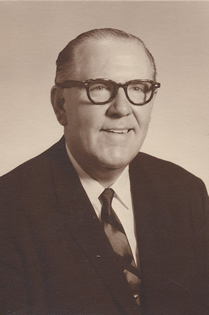 Many people heard the program and supported the broadcast and revivals he held in churches in their areas. In 1950, Mr. Horace Jones died of cancer, who from the very beginning of the Bright Spot Hour sang on the program. This was quite a blow to Dr. Sightler and the many friends who enjoyed his gospel singing. It was also about the same time when the wife of Reverend Preston Garrett began to play the piano, organ, and harp for the program.  In 1951 horrendous tragedy struck the Sightler family. While Harold was preaching, at Woodlawn Baptist Church in High Point, North Carolina, a drunken driver plowed into the back of Ms. Sightler’s car on U.S. 29 highway in Spartanburg County. In the crash was Mrs. Jones', the widow of Horace Jones, their daughter who was tragically injured and Harold Sightler’s middle daughter, Carolyn, was thrown from the car and died almost immediately. She was only eleven at the time. Ms. Sightler came only within inches of her life and spent the next six months recovering from this tragic accident.

After the accident, Dr. Sightler was as low as he could possibly be and wondered how he could still go on. Through all this upheaval in his life, the thousands of radio friends of the Bright Spot Hour stood faithfully at his side, giving him courage to press forward. The encouragement of his loved ones God surrounded him with allowed Harold to take a huge step toward becoming like Jesus. At the trial of the gentleman that killed his little girl and almost killed his wife, Harold found the courage to go and shake the hand of the one who killed his daughter, and say “I forgive you, and I Love you, and Jesus Loves you”. It was a cathartic release for he and his family and the burden of frustration was taken away. As a result of all the tragedy, the Bright Spot Hour continued and prospered, adding other radio stations to its network of coverage.

During the remainder of the 1950's Dr. Sightler continued faithfully, day in, day out, summer, winter, spring, and fall, good times and bad times, to preach everyday on the Bright Spot Hour. At the same time, he was building a new church, Tabernacle Baptist Church, located on U.S. 25, which was founded on the 3rd Sunday in July, 1952. 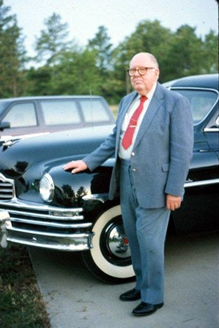 Through the 1960's the Bright Spot Hour continued in 1963 celebrated its 20th anniversary. It was becoming one of the mainstay, solid, national radio broadcasts in America. Harold Sightler continued pressing forward and doing the same thing then as we do today, trying to preach the gospel to the lost, teach those who are saved, and befriend those who are in need. In 1972, Tabernacle Baptist Church voted in regular church conference to "assume responsibility of the Bright Spot Hour, so long as he (Dr. Sightler) is the pastor." It was at this point that the network of the Bright Spot Hour stations really took off. In 1972, Dr Sightler was on about 15 stations. By 1982, with the help of the church, the program was heard on about 100 stations from coast to coast. The budget of the program also rose from $1,000.00 per week to $1000.00 per day. The Sightlers gave thousands of dollars into the work of the Bright Spot Hour, as well as pouring their own lives and effort into it. During his years at Tabernacle, Dr. Sightler founded a children's home, the Tabernacle Baptist Bible College, a Christian school, the Helen Grace Sightler Widow's Apartments, a day-care center, and two radio stations. The church gave $10,000 per week to foreign missions, as well.

One of the main reasons for his popularity was he often preached on the importance of Christian training in a child's life and praised God for his own Bible-believing heritage: "Among my earliest recollections is an old grandmother with God's Word in her lap reading the story of Jesus and His love." For which he did the same. As Dr. Sightler became older he began praying for a predecessor with in his lineage to take over the family business and the works he had made. He specifically prayed for one of his grandsons to take on the task after his death. In the fall of 1981, his grandson Dr. Ben Carper began to feel the hand of God dealing with him about the gospel ministry.

In January of 1983, Dr. Sightler put his grandson on The Bright Spot Hour program and introduced him to his listeners. In June of 1983, Harold turned the production of the program over to Ben and he has produced the program ever since. With his grandfather, now past 70 years of age, he continued to produce the sermons for the program but by the later 1980's, was allowing Ben more air time to further acquaint the loyal listeners of The Bright Spot Hour with him. By the time the 1990’s came around Dr. Sightler had released his radio program completely to his grandson and was winding down on the ministry front. Every once in a while he would get up and preach but for the most part he was retired. On September 27 1995 Dr. Harold Sightler left to be with the Lord leaving behind a Legacy of goodness and a passionate love for Christ.

In his time as the Pastor of Tabernacle, the miracles, and life changing revival meetings changed 100's of thousands of lives. "You could simply feel the presence of God as you walked into the building" - Philip Helmintoller. Dr Sightler was also known widely for his prayer rooms. Before each and every service, you could finds hundreds of men and women praying for the outpouring of The Holy Spirit... and He always did.

He was an author from whose pen had come more than 70 books and booklets, including 11 Bible commentaries.

A pioneer of independent Baptists in the Carolinas, he was highly respected with independent Baptists nationwide. Dr. Sightler was a prince of preachers, with a resonant voice in a deep southern accent pronouncing unflinching, uncompromising truths and at the same time presenting God's grace with eloquent pathos. He was a courageous, devoted servant of Christ, an unrelenting advocate for the King James Bible and independent Baptist fundamentalism.

Family Life:     In 1935 my Dr. Harold Sightler married young Miss Helen Vaughn of Greenville County. Their marriage lasted of more than 60 years produced 3 children and 7 grandchildren. To this day Harold’s grandchildren run the ministry for which he blessed this world with. 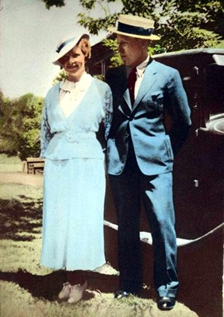