“The reason people lose their healing is because they begin questioning if God really did it.” 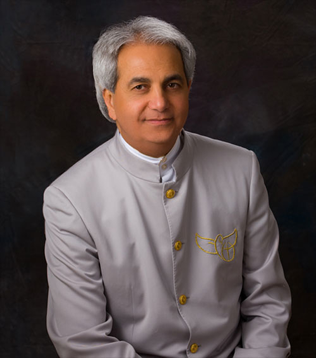 Benny Hinn is one of the most popular evangelists, teachers, and noted messengers of God’s life-saving miracle working power of the Gospel. He organizes healing services in his church, and all over the world. Over the years, he has authored various best-selling books, including ‘Good Morning’, ‘Holy Spirit’, ‘Prayer That Gets Results’, ‘Blood in the Sand’, and ‘Lamb of God’. He even initiated the popular television program, ‘This Is Your Day’, which has become the world´s most-watched Christian program. With the viewership number crossing the one billion mark, the show is daily seen in over 200 countries on various Christian television networks. Additionally, he and his ministry are engaged in providing food, clothing, shelter, education and spiritual teachings to children across the globe. He has also rendered his support to various health care facilities, hospitals, crisis relief organizations and feeding programs. Till date, he is committed to teaching the words of God by preaching the Gospel. He is known for his profound teaching on the blood of Jesus, and inspires a global population to seek out the Lord and his power. We are honored to declare Toufik Benedictus “Benny” Hinn as one of God’s great generals. 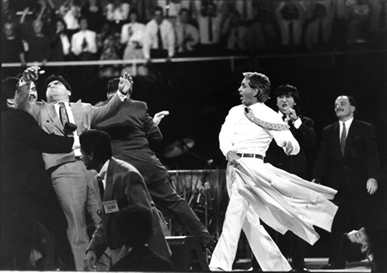 History:   Benny Hinn was born on December 3, 1952, in the port city of Jaffa (part of modern Tel Aviv), Israel, where his family had set up residence as immigrants to Palestine from Greece. Benny was raised in the Eastern Orthodox tradtion.  Soon after the 1967 Arab-Israeli War ("The Six-Day War"), Hinn's family immigrated to Toronto, Ontario, Canada, where he attended the Georges Vanier Secondary School. He did not graduate. In his books, Hinn states that his father was the mayor of Jaffa at the time of his birth and that he was socially isolated as a child, and was handicapped by a severe stutter. Regardless of the challenge he had his father also state that he was nonetheless a first-class student.

In February 1972 Benny Hinn’s life took on an entirely new meaning when he surrendered his heart and life to Jesus Christ as high school friends prayed with him. Hinn’s new found freedom in the lord causd such desire and devotion within him, that his parents were concerned of his new found fanaticism with Jesus. After converting to the Pentacostal church, Benny eventually joined a singing troupe made up of young evangelicals as an outlet for his faith. Hinn was taught the Bible and mentored by Dr. Winston I. Nunes of Broadview Faith Temple in Toronto. 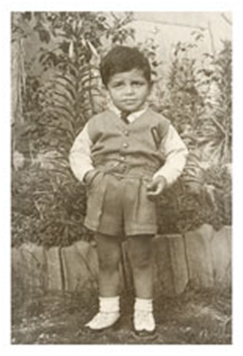 December 21, 1973, he traveled by charter bus from Toronto to Pittsburgh to attend a "miracle service" conducted by evangelist Kathryn Kuhlman. It was at this service Benny felt the call to ministry. According to Hinn, miracles of healing began to take place all over the auditorium. With such impact being made on Hinn, Benny went back to Canada praying to the lord about what he saw. After some revelation, Hinn By faith stated “I’m going to try this.” Though Hinn credits numerous people influencing him in his early ministry, none has had a greater impact on him than has Kathryn Khulman (1907-76). Khulman is arguably the world’s most widely recognized female faith healer and was known for her practice of “slaying in the Spirit” and her use of “word of knowledge,” both of which Hinn uses extensively. Though never having met Mrs. Khulman in person, he loved her dearly and admired the power of the Holy Spirit within her. Hinn has also been an admirer of Dr. Oral Roberts and the two share a close friendship.

In April 1974, young Benny received a vision of people falling into a roaring inferno and heard the words: “If you do not preach, every soul who falls will be your responsibility!”

On December 7, 1974, four days after his 22nd birthday, Benny Hinn first stood behind a pulpit to preach the Gospel—his stuttering problem suddenly healed. From that moment, he would fearlessly seek to fulfill our Lord’s Great Commission.

Ministry and Impact:         In 1983 Benny left his Ontario home and moved to Orlando Florida where he founded the Orlando Christian Center. Benny’s leap of faith of opening a church in Orlando paid off as the Holy Spirt began displaying his power and using Benny as a conduit for it. People who were suffering from various diseases were being healed, from that point forward Hinn started organizing healing services in his church. 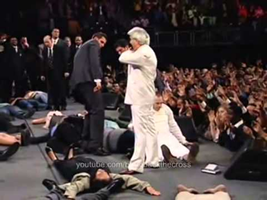 The anointing of the Holy Spirit started becoming greater and greater to the point where his church could no longer hold the capacity it needed to. Benny then started to travel to what was now known as Miracle Crusades. The healing services soon gained popularity and began to be held in large auditoriums and stadiums across US and other countries of the world. In 1989, he conducted the first nationally televised service in Flint Michigan. The success of the healing services led him to launch a daily talk show by the name ‘This is Your Day’. The program which premiered on the Trinity Broadcasting Network of Paul Crouch, went on to telecast the miracles and power of God from his Miracle Crusades.

With such encouragement to the body of Chris, and the empowerment of Benny’s teaching, the show became world’s most-watched Christian program. The show was telecast on various Christian television networks including Trinity Broadcasting Network, Daystar Television Network, Revelation TV, Grace TV, Vision TV, INSP Networks, and The God Channel. ‘This is Your Day’ enhanced his popularity amongst the common people and won him praises from Christian leaders.

Benny success was leading him in an awkward pull. He genuinely wanted to continue pastoring however the pull on his heart to evangelize was just as strong. After seeking the Lord on what path God wanted him to go, it became pretty clear to his spirit of his direction. In 1999, Benny stepped down from his position of a pastor at the Orlando Christian Center, even shifting the ministry’s administrative headquarters to Grapevine, Texas. Currently, he is settled at Orange County, California along with his family. 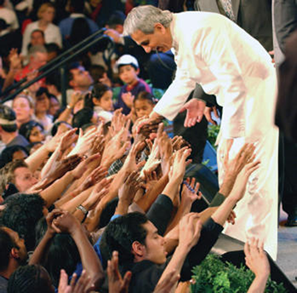 Benny Hinn is one of the most sought after evangelists in the world. Because of this Benny is able to conduct his faith healing Miracle Crusades in all major cities across the globe. Tens of thousands of people have visited his Holy Spirit Miracle Crusade camps each year. What’s more, he witnessed a 7.3 million attendance in three services in India, which is the largest ever healing service recorded. His ministry supports 60 mission organizations and orphanages across the globe, offering food, clothing, shelter, education and spirit filled training to more than 10000 children per year and supporting 45000 children on a daily basis. Furthermore, it provides no fee care services at a hospital in India, where more than 200,000 patients are treated annually. His ministry also forwarded a supporting hand during natural calamities like Hurricane Katrina and Tsunami Relief offering monetary support for relief supplies to the victims.

In worldwide ministry more than 30 years, Benny Hinn has preached the Gospel face to face and through television to more than a billion people. Through Holy Spirit Miracle Crusades, Training for Ministry Conferences, TV broadcasts, the Internet, printed page, and audio-video recordings, this evangelist’s straightforward and uncompromising message of God’s love has inspired hundreds of millions to a personal relationship with the Lord Jesus Christ.

Today, Pastor Benny continues to take the message of God’s saving and healing power to the world. Tens of millions still continue to attend his Holy Spirit Miracle Crusades each year. During recent years, he has been welcomed during his travels by kings, prime ministers, and heads of state, yet his message of the Gospel of Jesus Christ continues to be fervent, motivating him to “go ye into all the world, and preach the gospel to every creature”.

After more than 30 years in ministry as statesman, author, broadcaster, bridge builder, and evangelist, Pastor Benny Hinn remains committed, more than ever, to winning the lost at any cost!

Family Life:   Benny Hinn married Suzanne Harthern on August 4, 1979. The couple have four children together, 3 girls and one boy. The two were later divorced in February of 2010, but reconciled and re-married on March 3, 2013, at the Holy Land Experience theme park. In a traditional ceremony that lasted over 2 hours many attended by approximately 1,000 well-wishers, including many visiting Christian leaders. Pastor Jack Hayford referred to the remarriage as "...a miracle of God's grace". 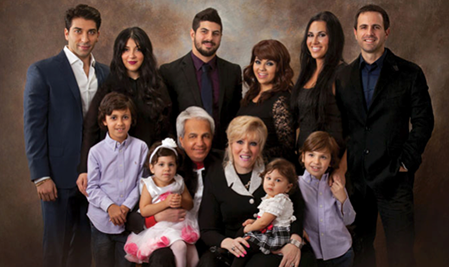