The Moment of All Moments! And “God gave His only begotten Son…” (John3:16). It was this defining moment that reshaped eternity. In that moment, God spoke a Word of creative force that would alter everything. The only one who had any power, declared us righteous in that moment. “…that we might be made the righteousness of God in him…” (II Corinthians 5:21). He knew that it would take the very best He had and His spoken word to bring about our redemption. So God, without hesitation, and with His full love, changed our eternity. Jesus, who was His lamb, His sacrifice, became the payment for sin and we became free from it [sin]. It was the moment that defined all of eternity. The greatest thing God would ever do. It took all He had to gain us as Children. That moment has changed you more than you could imagine. It has taken you from darkness into light, and death into life. It has made you more than you know and given you more authority than you can understand. It was because of that moment, we now call Him Father. “…we might receive the adoption of sons…” (Galatians 4:5). We can now fellowship with Him every moment of every day. It has placed us under a covering and covenant that allows us to stand before Him as His Children without shame or condemnation. We are forever changed because of His Love for us. Spend time with Him and let Him show you His love. Let Him reveal to you your freedom and the fullness of your redemption. You are not the same… You’re His! 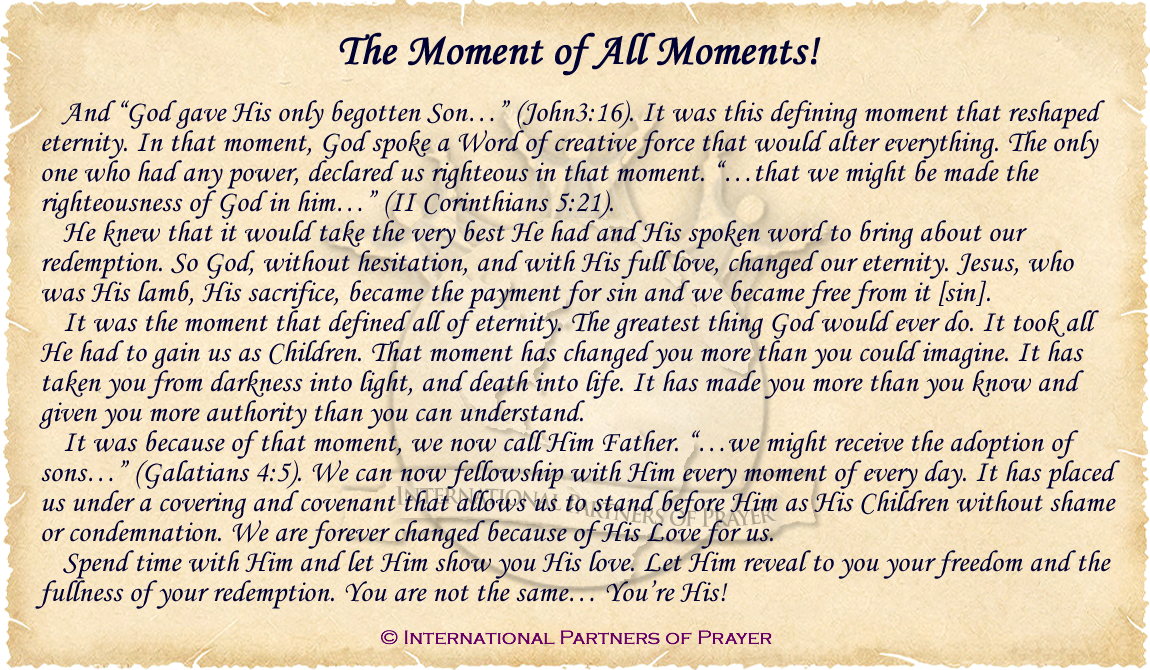